Our August meeting did not go as planned. Our guest speaker, Niel Morley, was unable to attend the meeting due to a death in his family. Our thoughts are with Niel and his family during this time.

Several of our members stepped up at short notice to speak about things that they were working on.

Roger spoke about his experience with a miniature CNC machine that he is using to learn about the principles of CNC machining. Roger purchased a generic 3018 CNC machine which has a 300x180mm for around $200.00. The machine was delivered in kit form which Roger was required to build. This gave him a greater understanding of how the machine works and its limitations. 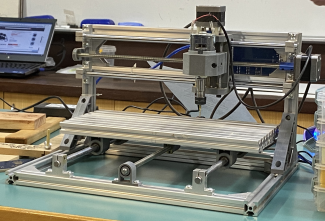 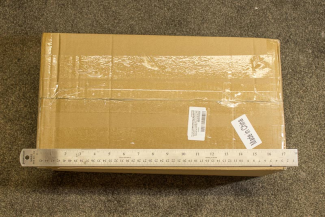 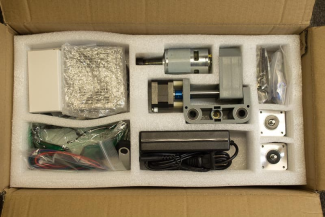 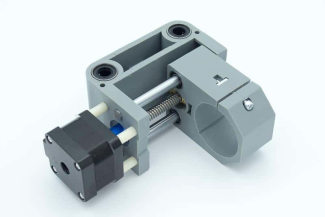 The standard spindle is only powerful enough for up to 3mm bits. A more powerful version is available. 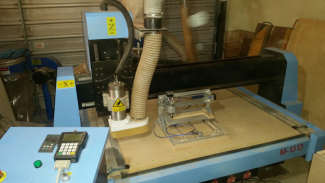 Roger uses the machine for engraving as the spindle is not powerful enough to allow bits over 3mm in diameter to be used. He uses a programme called Easel by Inventables to control his CNC machine.

Roger has subsequently purchased a full sized CNC machine that he is still learning how to use but this miniature CNC machine has given him a great grounding in how CNC machines work, and how to use them. 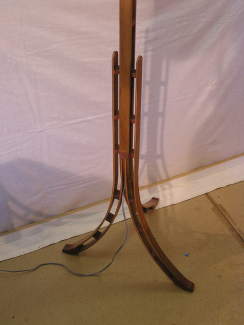 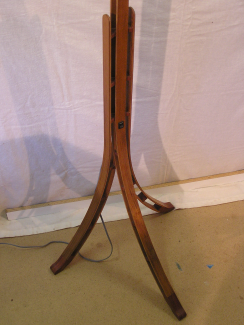 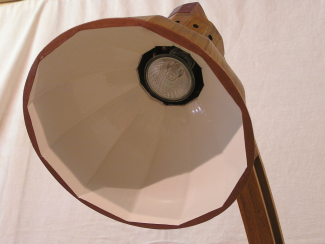 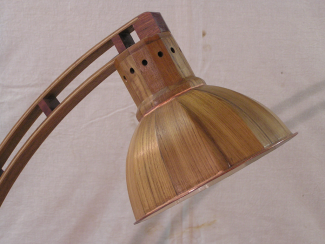 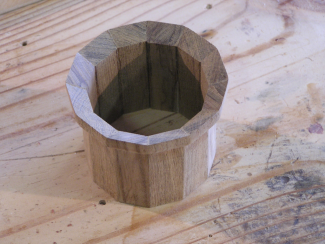 Peter Banks had brought along his standard table lamp to show us and explained the different types of construction used in its manufacture.

The timber shade is made of 12 sections of laminated and bent timber consisting of three 2mm thick veneers made from teak/tasmanian oak/teak and produced in a mould to form the shape required. These were then “coopered” and joined using polyurethane glue, with the opening to receive the electrical fitting chiselled out . Both the shape of the main and the feet were produced using exactly the same system.

The overall effect is a standard lamp with a very pleasing design.

Kevin Luff gave us a talk about the different finished that he used on a regular basis depending on the use of the product.

For many of his standard items his first choice is to use a spray on lacquer, he uses “22 Services” No. 86290 30% gloss, this will give an acceptable wearing finish and has a short drying time, this can also be brushed on once thinned with DT 8900 or used as a sanding sealed when thinned by 50%. The cost was approximately $7-8ltr

Danish oil is another alternative with 2-3 coats then buffed to a suitable lustre. The cost was approximately $20ltr

For chopping boards and items that come in contact with food products he uses “22 Services” food grade oil with just one coat liberally applied on top of a sanding sealer.

Kevin showed us a small sample board he had made some years ago, made from end grained Jarrah, joined together to confirm that the sample of “Gorilla” polyurethane glue he had been given, was indeed waterproof. Having left it for 3 days submerged in water, it not only survived, but even now, years later we still couldn’t break the joints apart easily. It still looked good as it was handed around having had a new coat of food grade oil!

His latest preference was for Osmo Oil (which would have been presented tonight) as once sanded with 250grit paper then one coat gave products a nice finish, the only downside being that it was relatively expensive to buy. The cost was approximately $100ltr.

All these products are available from: